“The destination is superfluous; the journey is all there is.”

The first president to visit space becomes the first president to die in space. Sixty years later, the first Mars colonists—two married couples—discover that they’re not quiet done with the long-gone president or his bizarre alien friend. A while later, one of them, Alyssa—space-suited and pregnant—lurches through a harsh landscape, boots scrunching through red dust. Sole survivor of the colonists, two hundred million miles from the nearest human being, she is the loneliest person in history—until she discovers otherwise!

Logan Styles, first president to visit space, becomes the first president to die in space. Approaching nonexistence, he’s interviewed by a charming but eerie man named Allen. Sixty years later, as the first Mars colonists—two married couples—orbit the planet, they discover an unexpected new crewmate: the long-dead Logan Styles! Is he who he claims to be, or an elaborate construct created by Allen?

Simultaneous disasters strike Earth and the colonists’ orbiting station, forcing a decision: return to their old, crippled world or descend to their unoccupied new home on Mars? Logan re-motivates them to the original purpose. They descend, but land so far from shelter that only one can survive the trek to safety if the others give up their oxygen and their lives.

Alyssa—space-suited and pregnant—lurches despondently through an alien landscape. Sole survivor, two hundred million miles from the nearest human being, she is the loneliest person in history—until she arrives at the colony and discovers otherwise.

Tony Taylor, a retired NASA interplanetary navigator, weaves vivid characters and realistic science and engineering details of Mars colonization into a larger perspective involving aliens, the Fermi Paradox, death, resurrection, and philosophical speculations on consciousness and the direction of evolution. All his novels blend realism  with elements of the metaphysical and the mystic; he likes to salt them with wry humor.

“They linked together to form vast networks that think.” 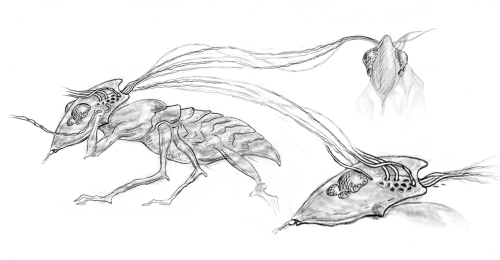 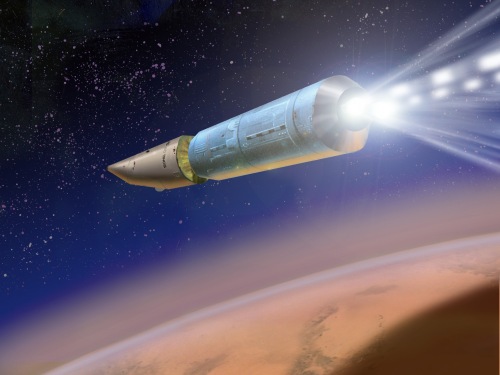 “Highly satisfying archetypal science fiction…. The story is powered by mind-blowing concepts regarding humankind and its place in the cosmos, a relentless sense of wonder, and a cautious optimism for our continued evolution and future…. Will remind readers of works by authors like Arthur C. Clarke, Frederik Pohl, and Larry Niven…. Solid character development, nonstop action, and more than a few jaw-dropping plot twists make this impossible to put down—a highly appealing blend of Andy Weir’s The Martian and Clarke’s 2001: A Space Odyssey.”
— BlueInk Reviews

“The fast-paced story will engage readers as it pans between many characters and several situations…. This novel is both relevant and promising. More than that, Taylor’s futuristic imagery is plausible, intriguing, and a bit frightening.”
— The BookLife Prize

“Charm is everywhere—in descriptions of the wide expanses of space; in the hope that the explorers, astronauts, and terraformers express; in Saganesque meditations on metaphysics and meaning…. Enlivened by a universe’s worth of possibilities, Black Sky Voyage is a space adventure that offers room for both contemplation and hope.”
— Foreword Reviews

I am not a brave woman.

I am alone. No one in history has suffered such brutal solitary confinement, such total and  unforgiving isolation.

Boots scrunch into orange dust. I meander stumbling through a landscape of rocks, boulders, and wind-whipped sand.

I thought better of myself. I thought I was a brave woman. I am not. Far short.

Stop! Tend to the urgency of weeping. It’s all dry heaves; nothing comes.

My inner thigh has rubbed raw—I can’t eliminate the friction. The suit is too snug around the middle. Am I that far along? Is the baby that large already? Does it want to make it? Should it really care? I cannot connect with the disconnected.

I’m too warm from the knees up, too cold from the knees down. Sweat runs down my forehead into my eyes. Rank body odor pervades the damp air of the suit. Maybe it’s a blessing nobody’s within hundreds of millions of kilometers. Their blessing, not mine.

Warm body, cold feet. The outside temperature hits 3 degrees Celsius, a heat wave on Mars. I’m thirsty. I suck the plastic tube below the visor.

Lonely. Weary. Not much interested in continuing. My husband is dead, crewmates dead; I’ll never see my family again—my old family on my old home an impossibility away. They think I’m dead. Might as well be. May well soon be. And this thing inside me.

Weary of the journey, weary of the endless voyage with no destination, weary of hope. Slow to a stop. There’s no rush anymore. Sit a minute beside this big boulder. Lean against it, body in shade, boots jutting into meaningless merry sunlight. Sit a few more minutes and a few more and a few more to rest. Face the mountain ahead, the tall impassible impossible mountain spewing gas, dust, and grief into an unreachable heaven. Face the mountain that mocks my life, that blocks it, offering no path to the greater good and the greater beyond, no way to home and hearth.

Look at all the volcanic rock up there on Pavonis Mons, black and wind eroded, smooth here, jagged there, fantastic shapes, trolls trolling for the failing and the dead.

Look at that small slope below the mountain, a tiny rounded hill in comparison, maybe five kilometers away between me and the promised new home on the other side, the cradle endlessly failing. An uncaring mother sun shines down on the tiny rounded hill below the mountain, and I see curved patterns painting it like arches. Nothing abnormal—only areological happenstance. The dreary arches look a little like a rainbow! A faded rainbow of fleeting hope leaking failing colors and dusty charms—muted shades of orange and gray in vague fading bows.

God’s promise!Didn’t you make a promise to Noah’s new worlders, his pilgrims, when they stepped joyfully from that ark after the flood? Wasn’t that what the rainbow was for? For the women and men and children, the joyous grateful families? Never again, you said. Never again pain and suffering.

God, or whatever the hell you think you are, here I am fresh off the boat, a brand-new immigrant. How about a promise for me, how about a little something for me, too? A little bowl of soup, a little gift under the tree, something to help the medicine go down. Where’s the pot of gold for me and my enchanted blessed children and happy family? Where is it?

What’s that, god, or Allen or whoever the hell you think you are, you monstrous liar? Not there? Not listening? Is that all that’s left of your promise—a fading lackluster rainbow? A rainbow like myself, luster leaking away into dust?

Rainbow’s end. Where’s the peace, the quiet, the sleep? Don’t I ever have it made? Doesn’t it ever get easier? Is it always and forever struggle and despair?

Look into the distance. Perspective from the bottom—all I see is Mountain. No path up. Nothing but Mountain in my life. Where’s the end of my rainbow?

Beyond belief, beyond redemption, beyond capacity for surprise and curiosity, beyond the grace of love and beauty, I stop and sit, mountain before me, ground below, pillow of boulder to lean against. Time for a little dream, a final little folding of the hands to sleep at a resting place of peace and contentment.

The bed of peace and contentment explodes upward against my back, rattles the fittings of my suit, pounds the backpack against the boulder behind me, and shakes the lethargy of my attention. The boulder rolls away. Deep booming sounds and high-pitched squeals penetrate my lethargy, shattering it against my will. The ground I just now reclined on heaves me into the air, drops me to my feet, limbs flailing, then kicks the legs aside and drops me down again to hands and knees, boulders dancing in the sand around me.

I have no capacity to understand this, only to see and feel and hear, the noise conducting through the suit into the helmet, fine dust rising into my vision from all around.Look through haze into the distance. Perspective from the bottom.

Something has happened. A commotion of fright and wonderment stirs my mind.